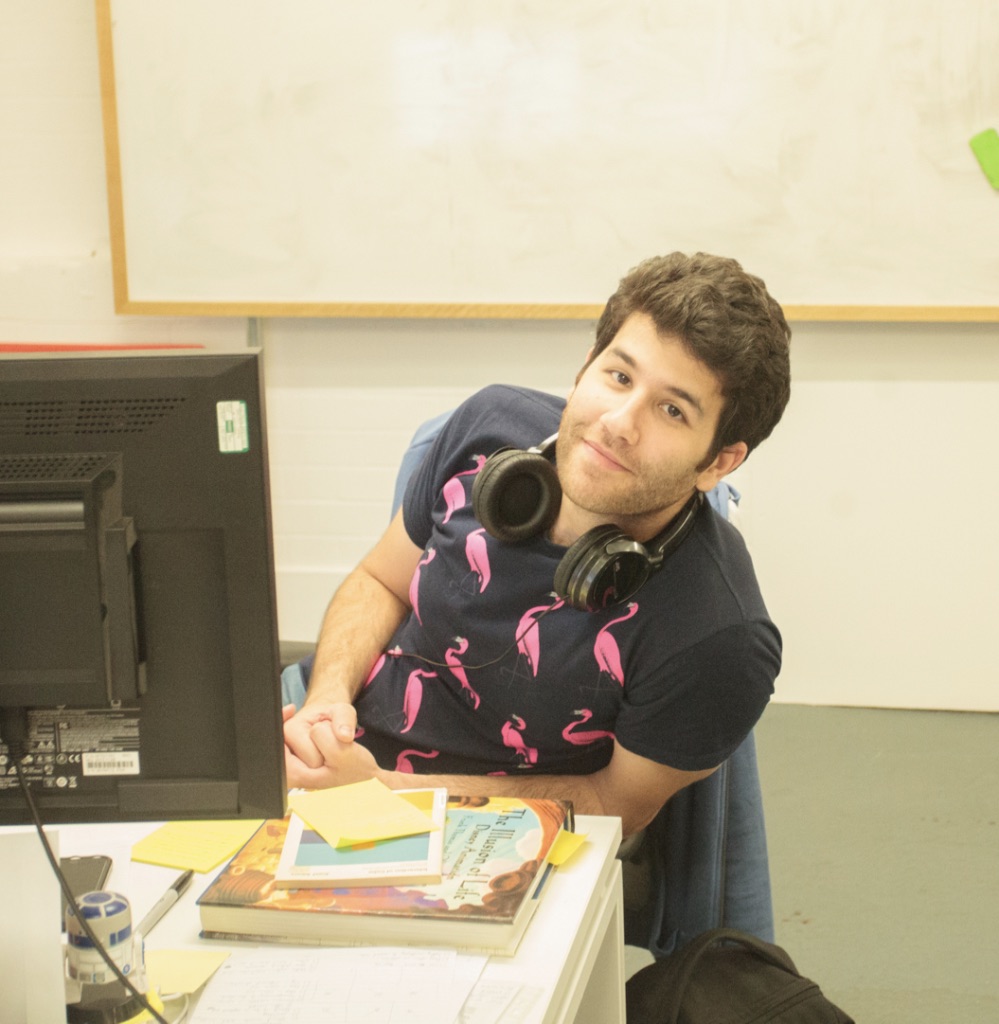 I'm Ale Cámara (he/him/él), born in Alicante, in the East coast of Spain 🏖️ I love programming 🤖 science 🔭 and video games 🎮 In my spare time I'm learning to play the drums 🥁 and I grow tasty veggies in my back garden 🍅 Some people think I abuse using emojis 🤷

I've been programming since I was a kid. From an early age I've been fascinated about computers 💾 I've been an amateur coder for many years, and nowadays I earn my keep as a professional programmer. My favourite language is C++, but lately I'm enjoying lots programming in Rust 🦀

I had the privilege of studying Physics 🔭 at the Universidad Complutense de Madrid. During this time I learnt about Quantum Mechanics and General Relativity, my two favourite physics topics. I finished a M.Sc. in Theoretical Physics 🧑‍🔬 and finally did my Ph.D. thesis defense in Classical Optics.

In 2013 I steered my life towards the United Kingdom to become a video game designer 🤯 I spent the first years, which were intense and happy, improving the physics engine of Frostbite in Electronic Arts, Guildford. From there I moved to ustwo games where I became a generalis programmer writing shaders and other systems for Monument Valley 2, and then developing some prototypes for mobile, VR, and AR. Today I work at Playground Games, where I lead the animation engineering team for the reboot of Fable.

In my scarce free time I enjoy making video games. You can play some of them in the section "Games". Regrettably, some games are unplayable because Flash and Java Applets are no longer supported in web browsers 💔